The audiovisual model and the Digital Single Market

The main features of this unified market, announced in May 2015, are, on the one hand, the harmonization of contracting rules between companies and online consumers and, on the other hand, facilitate companies the distribution of products throughout the territory of the European Union regardless of where they reside.

At first, the idea of ​​creating this digital single market could be attractive, but for sectors sensitive to territorial exclusivity, such as audio visual, its implementation would seriously damage cultural diversity, as it would cause a considerable reduction in audiovisual production.

The study conducted by the economic consultant Oxera and media consultant Oliver & Ohlbaum, «The impact of cross-border access to audiovisual content for European consumers», warns that, far from improving the options offered to consumers, the most disadvantaged with territorial exploitation would be the public and the creative economy of Europe, and would also represent, a threat to cultural diversity in both terms of production as distribution.

According to the conclusions of the study:

We work together with other European associations and aligned with the position defended by the Spanish Government in this regard to transmit to the European institutions the unique character of each audiovisual work in terms of financing, promotion, marketing and distribution to the public, which varies according to the territory , the language, the customs and the regulation of the respective country and to convey to them that the unification in a digital single market endangers the sustainability of the European audiovisual business model and with it, its maximum richness, which is the cultural diversity that it entails.

Did you know that Spain has the highest cultural VAT in the euro zone? 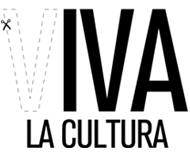 We promote a respectful digital environment with intellectual property