Since then, we were the exception within the Eurozone, which has put us in a situation of clear disadvantage compared to other countries that, in a similar crisis, have not hesitated to protect their cultural sector, keeping it in the reduced type, or even lowering it. 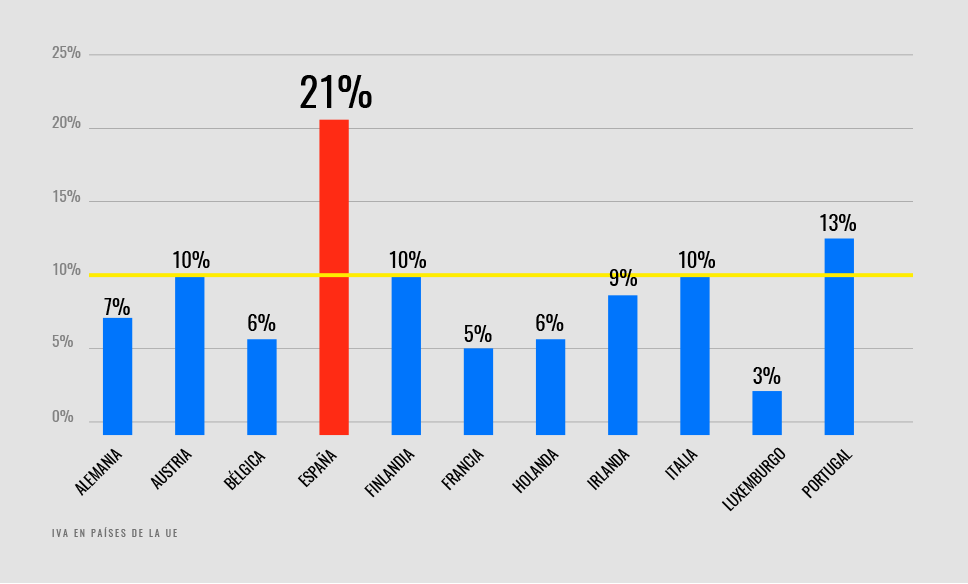 La Unión de Asociaciones de las Industrias Culturales emerged as a result of this increase of 13 points of the VAT. Representing more than 4,000 theater companies, live music, film and performing arts, expressed its incomprehension for this rise and fought for the return to the reduced tax rate, in line with the taxation of the rest of the countries in the euro zone.

The Union continued claiming the reduction of the VAT for the cinema tickets, the only cultural spectacle taxed at 21%, until  the Government returned to the reduced type of the tax rate.

The Union, which represented more than 4,000 companies in the sector and 150,000 direct jobs, had as Executive Committee:

The european audiovisual model and the Digital Single Market

We promote a respectful digital environment with intellectual property